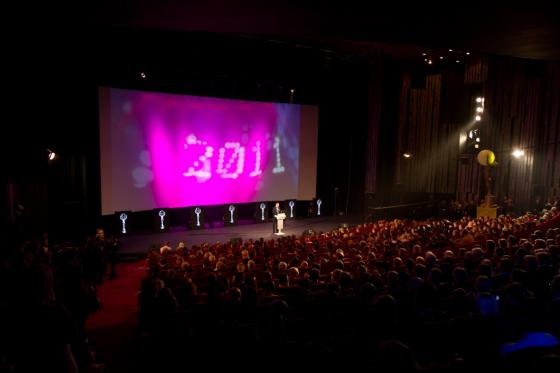 The 46th Annual Karlovy Vary International Film Festival is now successfully behind us. This intense film massage in the spa town was enjoyed by 12 033 accredited visitors, whether from the ranks of professionals or ordinary visitors. All 199 feature films and documentaries which were shown during 413 screenings ultimately attracted 126 302 viewers. Therefore this year’s KV IFF was really successful.

And how did the rating of competing films end up?
This year’s Grand Prix of “Crystal Globe” was awarded to the Israeli film Restoration by the director Joseph Madmony.
The Special Jury Prize was awarded to the Slovak/Czech film Cigán (Gypsy). This film received the greatest number of awards during this year's festival. A special mention was awarded to Ján Mižigár, the actor in the principal role and the film also received an award from the International Federation of Film Clubs and the European Cinemas Label award.

The prize awarded by the 46th IFF for directing a full length feature film was received by the French director Pascal Rabaté for his film Holidays by the Sea.

The Danish film The Good Life directed by Eva Mulvad scored in the section of documentary films lasting over 30 minutes. The winning documentary under 30 minutes was the Polish film Declaration of Immortality.

From the competing films in the category East of the West, the jury was most impressed by the Macedonian/Serbian film Punk´s Not Dead directed by Vladimir Blaževski.

The jury awarded this year’s prize of Independent Camera in the section of Independent Forum to the Canadian film Sunflower Hour, directed by Aaron Houston.

In the list of main awards we still have to mention the KV IFF President's Prize, which was handed by Jiří Bartoška to the film composer Goran Bregović and American actor John Turturro, as well as the Prize for outstanding artistic contribution to the world of cinematography. That price was received in the beginning of the film festival by the British stage and film actress Judy Dench.

The next 47th Annual Karlovy Vary International Film Festival falls on the week from June 29 to July 7, 2012. Thus you can already look forward to a new selection of film delicacies and the true festival atmosphere of Karlovy Vary.