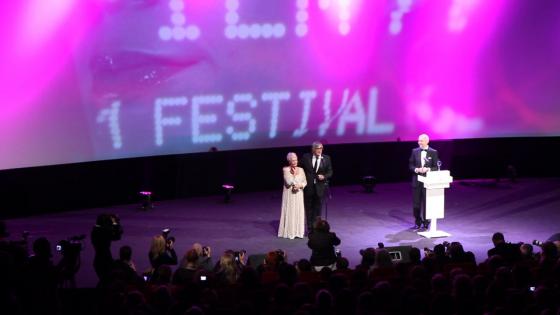 The first week of July in Karlovy Vary traditionally belongs to the International Film Festival, which is visited not only by cinema lovers but also by movie stars coming to our spa town from all over the world. The festival is accompanied by festive atmosphere as well as a little bit of competitive excitement while showing new films. Great mood is all around and everybody is having fun. It simply is one big party.

On the 1st July the Thermal Hotel welcomed celebrities of the Czech and international film scenes and thus the red carpet awaited important guests such as the actor Burt Young, director Cary Joji Fukunaga, Czech president Václav Klaus and his wife Livia and the main star of the evening and probably of the whole festival Dame Judy Dench, British theatre and film actress. Her charisma overwhelmed the festive evening and has influenced the rest of the days of the film week. Dame Judy Dench came together with the director Fukunaga to present the opening film Jane Eyre which viewers could see in the newly reconstructed Summer Cinema.

The Opening night had the spirit of arrival of extraterrestrial civilisations and as usual it was hosted by Marek Eben. The Globe Award for Outstanding Artistic Contribution to World Cinema for Judy Dench at the ceremonial opening contributed to the utmost celebratory atmosphere. This great actress, awarded by the Order of the British Empire, received the Cristal Globe by Jiří Bartoška, the director of the festival. The night sky after the gala was lit up by stunning fireworks watched by film enthusiasts of all age.

To sum up, the Film Festival rules Karlovy Vary.

To view the interview with Judy Dench click here.