The town of Karlovy Vary is located in the western part of the Czech Republic at the confluence of the rivers Teplá and Ohře (Eger), about 120 km from Prague. It is the largest and most famous spa town in the Czech Republic. 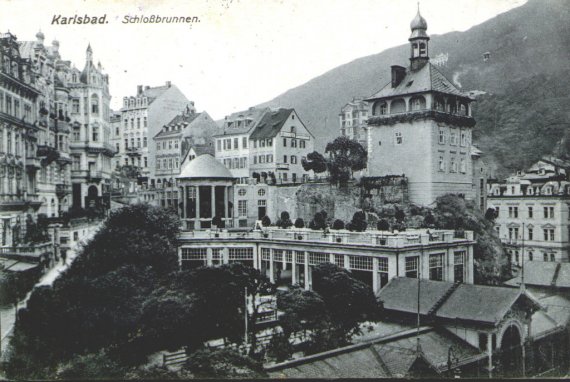 The town was founded in the 14th century by Charles IV. According to a legend, the emperor had it built soon after the accidental discovery of thermal springs by his hunting companions. The spa enjoyed the favour of many noble families and wealthy townsmen already in the 16th century. Due to the series of natural disasters only a few buildings from that time have survived. Most of the landmarks originate from the 18th and 19th century, when the town experienced its golden days.

Since the town’s founding the Karlsbad (Karlovy Vary) spa treatments have been gradually developing and improving to this day. The treatments help to cure the patients who are mainly suffering from:

The Karlovy Vary spa therapies include many curative treatments. The treatments use both the centuries-proven thermal baths and drinking cures, as well as modern methods, such as cryotherapy, floating, laser therapy, etc. The classic spa treatments and wellness as well can be enjoyed in the Karlovy Vary sanatoriums and spa hotels. We recommend: Hotel Imperial and Spa Resort Sanssouci

The town hosts innumerable cultural and sports events throughout the entire year. Many became popular among the Karlovy Vary public and tourists. One of the most popular social events is the Karlovy Vary International Film Festival, which every year attracts the film fans from around the world. But the films are not only screened here. Thanking to its unique environment and architecture, Karlovy Vary has been used as a shooting location for well-known films. For example, lately it was James Bond: Casino Royale.

Due to the development of balneology and tourism, the sport in Karlovy Vary (Karlsbad) has always managed to thrive. Steeplechase racetrack was established here at the end of 19th century. In 1904 the first golf course in the Czech Republic was opened on the outskirts of the town and a year later it was a tennis complex with 6 courts. In addition to the above, Karlovy Vary also offers many other sports activities.

In addition to its spa facilities and the IFF, some Karlovy Vary products have contributed to the town’s international reputation also. When we mention the words Becherovka, Moser or Thun, many people first think of Karlovy Vary. Equally well-known and popular are the traditional spa wafers.

Join the many millions of tourists who have already got to know Karlovy Vary!