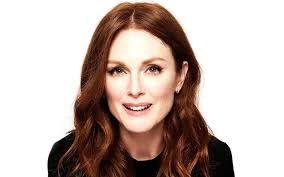 Julianne Moore and Bart Freundlich are an excellent example of the artistic combination of two outstanding individuals. Their personal and cinematic partnership was born during the filming of Freundlich’s directorial debut The Myth of Fingerprints (1997). Ever since then, Moore has regularly appeared in her husband’s films. In World Traveler (2001), she and Bill Crudup played two people who meet under unusual circumstances, and several years later she and David Duchovny portrayed a couple in the comedy drama Trust the Man (2005). In After the Wedding, a drama about an encounter that reveals hidden secrets, Moore plays one of the lead roles and is also one of the producers of the film.

Julianne Moore began her acting career in television and broke into the world of cinema with a minor role in the 1993 thriller The Fugitive.  Soon after she was appeared in Robert Altman’s film Short Cuts (1993).  The film garnered world-wide critical acclaim and in 1994 the Golden Globes awarded the entire cast with a special ensemble Golden Globe award. Moore began to receive offers for commercial projects such as Nine Months (1995), The Lost World: Jurassic Park (1997), Hannibal (2001), Children of Men (2006), and both parts of The Huger Games: Mockingjay (2014–15). In addition, she also appeared in many award-winning roles and was able to show off her creativity and range through films such as The Big Lebowski (1998), Magnolia (1999), Far from Heaven (2002, Volpi Cup for Best Actress at the Venice Film Festival), The Hours(2003, Silver Bear at the Berlinale), The Kids Are All Right(2010), and Maps to the Stars (2014, Best Actress award at the Cannes Film Festival).

Moore’s first nomination for an Oscar and a Golden Globe came with Boogie Nights (1997). She has been nominated for a total of five Oscars: besides Boogie Nights, other nominations came for The End of the Affair (1999), Far from Heaven, The Hours, and Still Alice(2014). This last film, in which she portrayed a woman suffering from Alzheimer’s disease, finally won her this prestigious award. She has also won three Golden Globes – for Short Cuts, for her portrayal as Alaska governor Sarah Palin in the television film Game Change(2012), and as the main character in Still Alice. In all, she has been nominated for the Golden Globe on six different occasions.

Besides the aforementioned films, Bart Freundlich has also directed the action thriller Catch the Kid (2004), the romantic comedy The Rebound (2009, screenplay by Freundlich), and he has also directed several episodes of the cult television series Californication and the fantasy series Believe.

As part of its homage to these two outstanding cinematic personalities, the Karlovy Vary Film Festival will be screening both After the Wedding and The Myth of Fingerprints.