I am here Introduction > About Karlovy Vary > Four Seasons > Summer 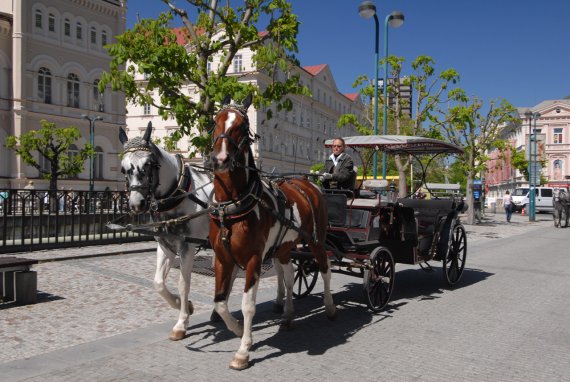 During the summer season Karlovy Vary is so packed that it is ready to burst, especially during the International Film Festival. You can hear the humming noise of tourists in the streets in many foreign languages and it goes on from the morning until the night. Many social events are held at the Hotel Thermal, all the way to the Postal Court. Colonnades are abound with the patients holding the cups filled with water from mineral springs and in the prominent places one group of tourists is immediately replaced by the yet another group.

Summer is the peak of the spa season, especially during the festival week. The streets are full even late at night. The shops, restaurants and bars have extended business hours to meet the demand of tourists from all over the world, for whom the day starts in the night.