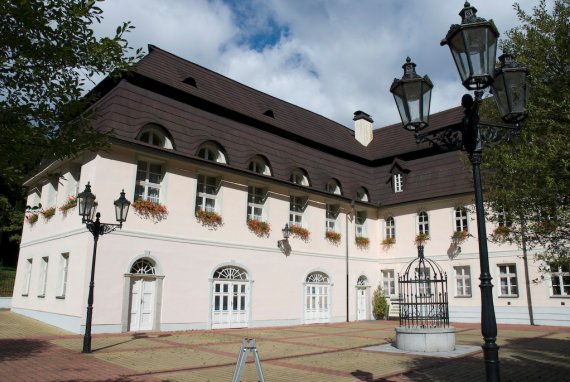 The Postal Court originally served as a stall for postal horses. However, this place gradually became a popular destination for the spa outings. Soon after that a restaurant was built there and the Postal Court became a place of frequent gatherings of the spa elite. Since that time the Postal Court also became an important social and cultural centre, graced by the visits of many outstanding personalities.

The building was built in the Classicist style. But you can come across some Romanticism style also, especially in the interior. The Postal Court gradually established a number of ceremonial halls and other areas. Inside you will find a dance pavilion with a covered terrace, a garden pavilion and other beautiful places.

The same as before, these days the Postal Court is an important venue for various cultural and other social events. In addition to these events you can use the Postal Court as a stopover during your trips around Karlovy Vary and its surroundings. The menu offered by the local restaurant will surely not disappoint you, as well as its pleasant environment.