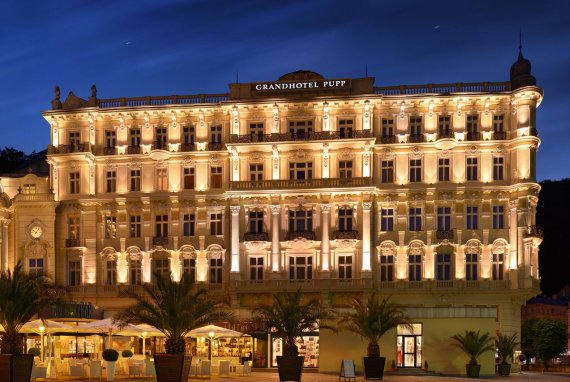 This world-famous grand hotel exists in Karlovy Vary (Karlsbad) thanks to the entrepreneurial talent of pastry chef J.G. Pupp. He bought two social halls (the Saxon and Czech), which stood on the site of the today's hotel. His goal was to rebuild the halls to form a single pompous complex. His descendants continued in his footsteps and about a hundred years later (1893) the complex was completed.

Grandhotel Pupp has been always synonymous with the luxury and quality spa care. It hosted and still hosts a number of prominent personalities from around the world. During its existence the Grandhotel Pupp had undergone several reconstructions and modernizations. The same as in the past, it can offer its guests accommodation, gastronomic, spa, wellness and other services at the highest level.

In 2006 the representative areas of the Grandhotel Pupp became the scene of one of the favourite “Bond movies,” the Casino Royale, in which the lead role of Agent 007 was played by Daniel Craig. 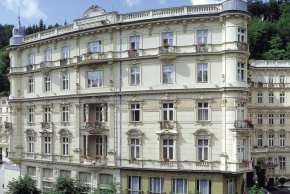 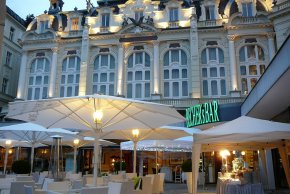 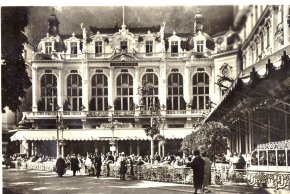 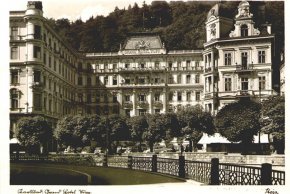