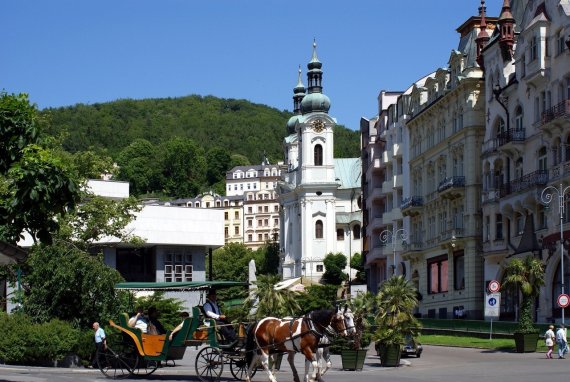 The Roman Catholic Cathedral of St. Mary Magdalene is located in the very heart of the Karlovy Vary spa area, in the close proximity of the Hot Spring. The church bears the hallmarks of the High Baroque architecture and it is one of the most important Baroque monuments not only in Karlovy Vary, but in the entire Czech Republic. It was built in 1737 on the site of the former Gothic church.

Its interior is decorated with a precious altarpiece, Baroque Eucharist sculptures, Gothic Madonna and other decorations. The church can be viewed during worships, which the church of St. Mary Magdalene conducts every day.

Excursion route in the crypt of the St. Mary Magdalene Church 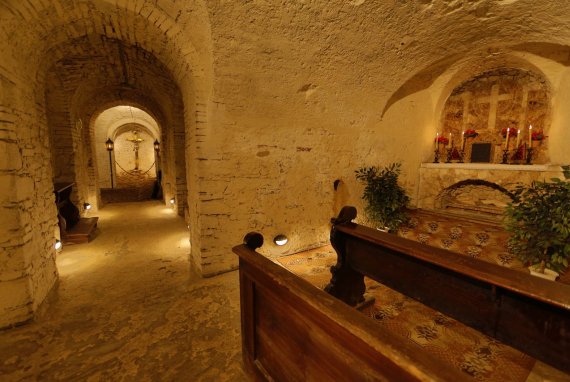 The underground crypt in the cathedral contains a unique funeral chapel, which accommodates the skeletal remains from the former cemetery which surrounded the church until the year 1784. During the tour of the crypt you will see:

Excursion tour is open to the public daily from May to the late September. During the film festival you can also take evening tours (8:00 PM to 10:00 PM). From October to April the underground is accessible to groups, but only by appointment made in advance.

Tickets can be purchased at the counter in the lobby of the Hot Spring Colonnade.